In Memoriam
[Mouse Over me for more...]
Weasel

Member, Moderation Management Board of Directors

Beloved friend, list curmudgeon. You will be dearly missed.

Rest easy my brother. Your spirit continues in us all.

Weasel ("Mustela nivalis") was one of the first regular members of Moderation Management. His evolution, described in his numerous Listserv posts, were both a goad and an inspiration to all those who came after him. The value of an electronic service for Moderation Management's programs was revealed in his success.

Weasel was voted into the very first Moderation Management Board of Directors, but unfortunately passed away suddenly thereafter. We mourn his loss, and remember his gifts. Weasel is not forgotten. 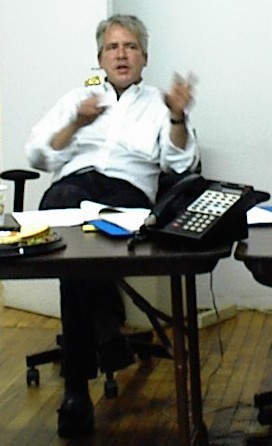 Dear MM siblings in cyberspace,
Last Sunday James Cannon died of a massive heart attack. Some of you may remember Cannon from the list of 1997-2000 and the old IRC chat rooms. From 2000-2006, he was behind the scenes making sure that MM remained an option for everyone.

In 2000, when it looked like MM might cease to exist, a small group of us from the New York MM group rented a car and drove to Washington DC to meet with Marc Kern and Fred Rotgers (both co-authors of Responsible Drinking). There and then we enlisted a new board of directors, which included several MM members from around the country, we re-organized, and we began again.

At first the NYC MM group took responsibility for everything. We rented a P.O. Box in New Jersey and began the job of running the small non-profit organization. The Harm Reduction Coalition gave us office space (we still receive our mail there), Jennifer took over administrative tasks and new meeting support, Jean handled the money, Barb designed the logo, Emily re-wrote some MM meeting materials, Kurt handled the online stuff and Cannon took over as Executive Director. I think he was the only one of us who had a clue about business matters. We had no idea what we were taking on, only that MM must not die.

Various people behind the scenes came and went, but Kurt stayed, I stayed, and Cannon stayed and did heroic work. MM wouldn't exist today without him. I won't detail all the many tasks that needed to be done, but I will say that he always had unlimited energy and unlimited generosity and he always gave it to MM. He took the time to talk to curious professionals, desperate people searching for help, and everyone inquiring about starting a new meeting. He went to professional conferences and he spoke about MM on the radio. He was passionate about MM, always.

Cannon had a fierce drinking problem too. He'd been forced into AA some years before MM and the experience had scarred him. He remained rabidly anti-AA for many years, although he let go of that at the end. He left MM in 2006, I moved from Program Director to Executive Director, and he continued his battle with alcohol.

But 18 months ago, he decided he'd had enough, and checked himself into a state rehab, which was basically for hard-core, come-from-the gutter guys. After that, he never drank again. He reconciled with his family and began working as a substitute teacher for the NYC school system. He was going to finish his masters degree in engineering. He said he was content for the first time in his life.

So he had won the battle of this lifetime, and he always said he would never have been able to do it without MM.

Cannon was an MM hero and MM wouldn't exist today without him. MM sent a massive arrangement of yellow roses, from all of us, to his funeral.

His generous heart shut down as he was driving, Sunday morning, January 17, 2010. It's no surprise that he was on his way back to that rehab in the Bronx, to help the new guys there.

[Mouse Over me for more...]
Dr. Alan Marlatt, Ph.D.
Member, Moderation Management Board of Advisors 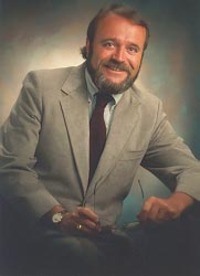 Moderation Management conveys our sincere respect and appreciation for the life and works of Dr. Alan Marlatt. Dr. Marlatt passed away in March of 2011. He was a member of Moderation Management's Board of Advisors. His pioneering research and writings were important references in both the creation of MM's program and for the support of our continuing work.
Dr. Marlatt is remembered by TIME magazine here.
His Wikipedia page is here.

"Alan was a trail-blazing, game-changing researcher, clinician and academic. He was always out on the edge, challenging conventional wisdom in search of what is true about substance misuse and what is most helpful to people struggling with these issues. He was an early researcher examining controlled drinking. He was the person who invented relapse prevention."
Dr. Andrew Tatarsky
Chairman of the Board
of Moderation Management

"Alan had an enormous influence on the addictions field that continues beyond his passing. His focus on harm reduction lowered the barriers for many to engage in treatment and self-change of their addictive behaviors. He was also warm, empathic and a dear friend to many. For those of us who knew him, he will be sorely missed."
Dr. Reid Hester
Member of Moderation Management's
Board of Directors

"It is impossible to recount briefly how much Alan has meant to the field of addiction psychology, to addictions treatment and research, and to substance users not in treatment through his advocacy of harm reduction."
Dr. Fred Rotgers
President of the American Psychological Association's (APA) Division on Addictions
Member of Moderation Management's
Board of Directors

[Mouse Over me for more...]
Rudy Hoeltzel
Member, Moderation Management Board of Directors 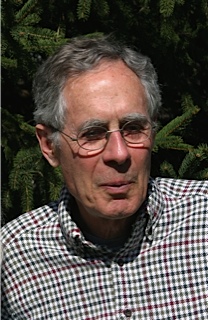 Public Obituary
Rudolph Lloyd Hoeltzel of Stockbridge, MA died peacefully on October 24, 2014 of complications from cancer. He passed away at Berkshire Medical Center surrounded by his immediate family. He was born in 1934 in Washington, DC to Lloyd Claus Hoeltzel, a government worker, and Frederika Critchett Hoeltzel, a researcher at American University. He graduated from Scarsdale High School in Scarsdale, NY, Princeton University, and the Harvard Business School.
He worked in advertising, marketing, and consumer products. He led the team that created the slogan “Try it, you'll like it” for Alka-Seltzer and led the creation of ‘Flintstones’ vitamins. He also worked for Sandoz Pharmaceuticals in various European units, his favorite being the headquarters in Basel, Switzerland.
If life is a journey, he made the most of it, embracing it wholeheartedly with a tireless quest for knowledge, and a great love of the arts, literature and above all nature. He spent some of his happiest times transforming the landscape around his home and hiking, either the Appalachian Trail, of which he completed over 2,000 miles, or with the local Monday Mountain Boys. A man of great character and compassion for others, he never failed to offer a hand when he saw a need.
He was married in 1962 to Mary Arnold Ball, a classmate at Scarsdale High School. The ceremony was performed by the Reverend Max Stackhouse of West Stockbridge, MA, who was a Depauw University classmate of Mary's.
He was involved in several non-profit organizations and was a co-author of the book Responsible Drinking: A Moderation Management Approach for Problem Drinkers, while also working to grow Moderation Management into a national movement as a member of the board of directors. He was very active in the Berkshires as a year-round resident and board member of the Stockbridge Library, successfully running its book sales for a number of years, as well as being Chair of the Literature Curriculum Committee of the Osher Lifelong Learning Institute, “OLLI” at Berkshire Community College in Pittsfield.
He is survived by Mary Ball Hoeltzel, his wife of 52 years, daughter Gretchen Hoeltzel Champney and son-in-law Alan Champney, of Dennis Port, MA, as well as son Lloyd Hoeltzel, daughter-in- law Angela Hoeltzel, and granddaughter Sylvie Hoeltzel of Hoboken, NJ. Other surviving relatives include nieces Eleanor Sutherland of Durham, NH, Deborah Dellinger of Leawood, KS, and Whitney Ovigele of Darien, CT, along with nephew Charles Fenner Ball of Mililani (Oahu), HI, as well as a grand niece and several grand nephews. He was predeceased by his older brother Frederic E. Hoeltzel. He will be greatly missed.
A memorial service will be held on November 15 at 3:30 at the First Congregational Church of Stockbridge, 4 Main Street, Stockbridge, MA. Memorial contributions may be made to the Stockbridge Library or Osher Lifelong Learning Institute at Berkshire Community College, checks are to be made payable to BCC Foundation, in the memo line add “OLLI fund - in memory of Rudy Hoeltzel”. Donations may be sent through FINNERTY & STEVENS FUNERAL HOME, 426 Main St., Great Barrington, MA 01230. To send remembrances to his family go to www.finnertyandstevens.com 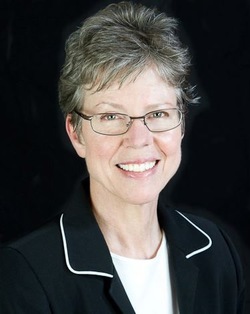