Demi Lovato sparked a firestorm of controversy recently when she revealed in her documentary, Dancing with the Devil, that she is choosing moderation as her recovery strategy.

In the documentary, Lovato and her inner circle, share the harrowing story of her 2018 near-fatal overdose. The four-part series aired on YouTube with the first two episodes released on March 23rd and the third and fourth being released on March 30th and April 6th respectively. The project has met with mixed reviews: some herald Lovato’s openness and courage, others wonder if it’s more about publicity than a “deep dive into addressing her inner demons.” [1]

It’s in the final episode, “Rebirthing” that Lovato talks about her choice to explore moderation.

“I’ve learned that shutting the door on things makes me want to open the door even more,” Lovato explains of her approach to sobriety. “I know I’m done with the stuff that’s going to kill me.” She is lenient with herself when it comes to marijuana and drinking in moderation, in an effort to understand what works for her.[2]

Some of the skeptics point to Lovato’s history of drug abuse as a reason to judge her current decision to moderate alcohol. Since 2010, Lovato has a history of substance abuse, receiving treatment in rehabs, relapsing, and regaining sobriety. Her family and closest friends, believe she is in a different place now.  Watching the film, what stood out is Lovato’s focus on taking care of her own mental health. The singer suffers from depression and says that she has to remain vigilant every day and stays in close communication with her therapist and case manager when she’s struggling emotionally.

In his book, The Abstinence Myth,  Dr. Adi Jaffe asserts that “true recovery isn’t about abstinence or sticking with a recovery program”[3]  Jaffe cites the definition of recovery provided by SAMHSA (The Substance Abuse and Mental Health Services Administration), the government office dedicated to improving mental health and addiction in the US, which says that “recovery is a process of change through which individuals improve their health and wellness, live self-directed lives and strive to reach their full potential.”[4]

Lovato’s documentary has stirred up the conversation again on whether or not abstinence is the only viable path to recovery. Perhaps the more appropriate question to ask is: Is Demi Lovato changing? Is she improving her health and wellness? Is she living a self-directed life?  Is she reaching her full potential?  Time will tell, but Dancing with the Devil reflects hope and shines the light on a different path to recovery. 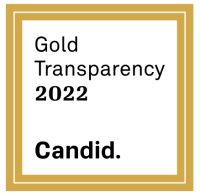 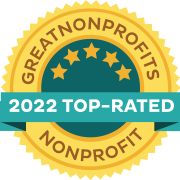